Malik Al Nasir is a third-year PhD candidate at the University of Cambridge’s faculty of history. His research entitled Kinship Networks and Mercantile Hegemony in the Latter Days of British Slavery – The Case of Sandbach Tinne, c. 1790-1840 is derived from his longstanding desire to trace his own mixed ancestry back through his paternal line, to slavery and colonialism in British Guiana and the Caribbean.

His seminal research has received widespread public acclaim and has spawned a number of projects looking at the slaveholding dynasty known as Sandbach Tinne, which had been hitherto lost in the annals of the history of the Atlantic World.

Sandbach Tinne & Co. was co-founded in 1813 by Englishman Samuel Sandbach, Dutchman Phillip Frederic Tinne, and several other Scottish partners. It was the culmination of a series of ventures by various Scottish family members, which started in Grenada in the 1790s to facilitate merchant ventures (such as Robertsons Parker & Co.) dealing primarily in sugar, molasses, rum and slaves. It decanted in 1795 after a slave uprising in Grenada to Demerara and Trinidad, where it continued through slavery, indentureship and colonialism until Guyanese independence in 1966.

Malik discovered several deposits of archival materials relating to this family, none of which were digitised, transcribed or otherwise searchable. This made the research painstaking on several fronts. Firstly, few people knew anything about them, which limited the help archivists could provide. Secondly, the documents were fragile, old and dusty and many were not comprehensively indexed or adequately catalogued. The collections were spread across multiple locations nationally and internationally. Some were deposited as elements of other unrelated collections, so not easily identifiable. Putting the picture together was further complicated due to the restrictive rules at the archives; filling out a form for each box to be viewed, filling out a docket for copyright for each document photographed, not being able to photocopy, limited research slots during office hours, small and scribbly handwriting in 100–200-year-old vernacular to be deciphered etc. Everything was against the researcher, and the process became time-consuming and labour-intensive. But undeterred, Malik created a family tree to store the basic metadata.

Discovering the limitations of the online family tree software at that time, for his MA thesis (in New Media Production), Malik designed Ancestory, a prototype interactive multi-media digital archive, using a family tree structure as the information architecture, and building a document management system on the back end. It was built to demonstrate proof of concept and to address the problems he faced in managing the large amount of information and different narrative trajectories relating to his ancestral slaveowners and their mercantile ventures.

That was 10 years before Malik came to Cambridge to start his PhD. By that time, he had all but given up on the public archives and taken to buying archival materials relating to Sandbach Tinne on auction sites. Malik amassed hundred of documents, plantation records, shipping and cargo inventories, carte de visite 19th-century family photographs, company accounts etc. This allowed him unrestricted access to the archival materials, which he could research at his leisure. What this revealed was an epic tale of a lost dynasty that, at one point, was essentially running the British Empire and counted amongst its family members Prime Minister W. E. Gladstone.

Upon arrival at Cambridge, Malik approached Dr Mark Purcell at Cambridge University Library and sought help in having his personal Sandbach Tinne archive digitised and transcribed. He was granted the CDH digital resources award in Lent 2021, and the University Library appointed Huw Jones – Head of the Digital Library Unit and Digital Humanities Coordinator – to manage the digitisation and transcription of Malik’s Sandbach Tinne archive. Working with Huw and co-funded with a discretionary ESRC award, the archive was digitised and transcription – using TEI encoding – is currently underway.

Whilst this went someway to solving Malik’s research dilemmas, providing a unique dataset for his own research, as well as a legacy archive on Cambridge Digital Library, there was still the question of all the public archival materials that were as inaccessible and as disparate as ever. Having gone public with his preliminary findings on Sandbach Tinne, a slew of media attention to Malik’s story nationally and internationally went viral. This opened new opportunities for collaborating with other universities, libraries, museums, and galleries to work out how to bring their Sandbach Tinne materials into the public domain.

Malik set about coordinating a group of senior level strategic partners across the UK to develop a solution. With the support of National Museums and Galleries Liverpool, Malik began to identify collections across their sites, such as at the Maritime Museum, The Slavery Museum, The Walker Art Gallery, and others. He partnered with the University of Bristol, gaining the support of their Pro Vice Chancellor for Research and Enterprise – Prof. Phil Taylor. Phil brought in the Jean Golding Institute and Bristol Digital Futures with a view to producing a Sandbach Tinne digital exhibit that would incorporate a range of immersive technologies and data visualisations of the archival materials that could sit within the physical exhibits.

The extent of the remarkable uptake for the Sandbach Tinne project has necessitated this consortium of organisations to produce a development strategy and a delivery vehicle to coordinate the short and long-term goals of the project. For this, Malik has elicited the support of the Cambridge ThinkLab. A multi-disciplinary team of 17 committed and motivated Cambridge University postgraduate students and postdocs have been recruited by ThinkLab for three months to produce the first phase of a strategic development and delivery strategy for the Sandbach Tinne Interactive Exhibit Project on behalf of the partner organisations.

Using the ThinkLab methodology, they will assess the needs and nuances of each of the strategic partners’ respective roles within the overall project. Whether they hold collections, will fundraise for researchers, or for digitisation for 3D object scanning or document transcription, ThinkLab will extrapolate the salient points and incorporate them into a proposed governance structure, set of technical standards and a logistical plan for the development of a delivery strategy for the overall project.

The University of Bristol will then host a 2-day Sandbach Tinne conference, inviting papers and panel discussions on one day and using the other day as a round table workshop for the strategic partners to receive all the feedback from the ThinkLab process and finalise the delivery of the project’s objectives.

Having completed the process, partners will set about fundraising for teams of graduate and postgraduate research studentships and fellowships to embed researchers within the partner organisations, to research and develop their respective Sandbach Tinne-related collections.

By way of positive action, each funding bid will have a strong emphasis on Equality, Diversity and Inclusion (EDI). The aim is to facilitate the development of a more inclusive archival environment and to allow – where possible – people descended from the victims of enslavement and colonisation to access and research their own histories and develop a more balanced view of this under-researched period in recent history.

The final outcome will be a series of modular physical and digital exhibits, accessible on-site (using a blend of physical installations and immersive technologies) and online to attract a wider global audience. It is also intended to establish a substantive dataset of all things Sandbach Tinne, which will be structured in a way that is easily accessible to the public, but also has the capacity to be interrogated by academics using various methods of data analysis and data visualisations, including network theory and geographical information systems (GIS), among others.

The ThinkLab process kicked off on 2nd Nov 2022 and phase one will run until Jan 2023. It is then intended to recruit a second cohort in Jan 2023, who will visit the sites, assess the collections identified, and pull together the final strands ahead of the Sandbach Tinne Conference in Bristol, due in early summer 2023.

Malik Al Nasir was made an Associate of Cambridge Digital Humanities in 2021 in recognition of his work on the Sandbach Tinne slavery archive.

He also consulted on the development of (and featured in) the BBC Scotland documentary on the world’s first Black international footballer – Andrew Watson, entitled Mark Walters in the Footsteps of Andrew Watson. Watson was also a member of the Sandbach Tinne family and an ancestral cousin of Malik’s. Indeed, it was the discovery of Watson in 2003 that sparked Malik’s research. The documentary won a Royal Television Society Scotland award in Nov 2022. 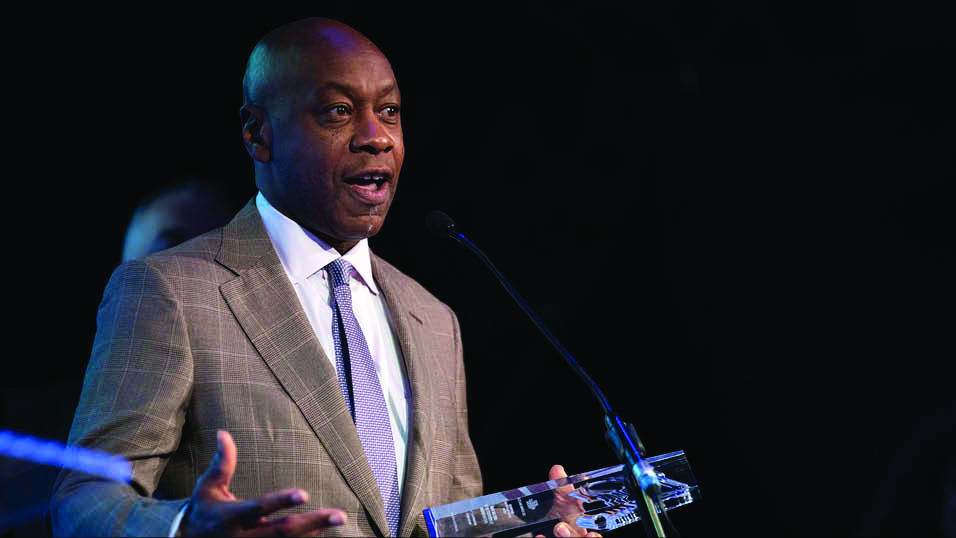 Malik’s research also underpinned the development of an exhibit at the Walker Art Gallery – The colonial legacies of the Sandbach family – led by deputy curator Alex Patterson and a team of young local researchers drawn from marginalised groups in Liverpool. The resulting exhibit was a finalist at the Museums Association Awards 2022 held in Edinburgh in the Reimagining the Museum Award category.

For more information on the ThinkLab, visit their website